About 35 kilometers south of Kassel, the Beiseförth terminal was built in 1993 on the border with the municipality of Malsfeld. The terminal has high-performance rail connections to the Kassel-Fulda line and optimal road connections via the B83 Kassel-Bebra or A7 Kassel-Würzburg. 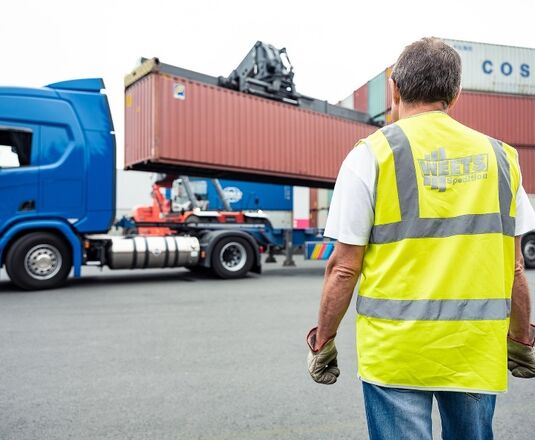 This can be any desired loading location. We also offer seaworthy packing of your goods.

Transportation to the port

The transport of your goods can be carried out with different means of transport. We offer transport by truck, railway or barge.

We will be happy to provide you with export customs clearance. So that the goods can be sent safely and without problems.

We organize overseas transportation with reliable partners in order to guarantee a consistently secure transport chain.

We will take care of a variety of services (value added services) for you. We organize and supervise your transport.

With various customs procedures, we can find the right one for your goods. We ensure the smooth running of your shipment.

Transportation can be carried out directly to the recipient using various means of transport. Interim storage is also possible.

We offer storage space (indoor and outdoor) of 50,000 m², plus office and communal areas. A 4,000 m² customs warehouse completes the package.

We have experience with assembly activities and are happy to offer you this service.

Quality control is important! We also have experience in this area that we will happily provide.

The compiling of certain partial amounts and goods from a total amount is part of our everyday business.

We offer JIT (Just in Time) and JIS (Just in Sequence) transportation. Years of experience make us a reliable service provider in this area.